Discover places, landscapes, histories and traditions that will not leave you indifferent

The Catalan rider felt superior to the rest of the participants at all times and prevailed against Ever Alejandro and Vlad Dascalu.

Ideal temperature, magnificent corridors, technical circuit and fun. With these ingredients, the Super Cup Massi could have no other result than exciting Mountain Bike, creating a first-rate show.
At the time in the calendar in which the sporting challenge was, he could foresee many things in the face of the state of the way of the different international cyclists. Great expectation to see the version of each one. 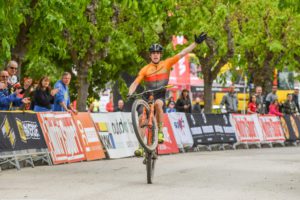 But far from speculating, from the beginning it came out for all. Sub 23 Dascalu (Compass Bike) and Cullell (Olympia Factory Team) pulled brilliantly ahead of Ever (Olympia Racing Team) and Gaze (Specialized Racing) who were on the wheel. Would you take the race long?
Still seeing that they escaped from the persecutors, the Catalan cyclist continued to rise. Cullell felt powerful and began to open a hole. Supported by many of the assistants, Jofre was impressive and showed he would not have a rival. Behind, Ever and Dascalu tried to hunt Cullell, but the cyclist at the Megamo Factory Team did not give a truce.

Finally, Cullell reached the goal very satisfied with his result with 32 seconds of advantage, with respect to Ever, who got rid of Dascalu in the last turn. Santa Susanna proves that Cullell and Dascalu cease to be promises to be a real reality.

In the female category, Rebecca McConnell (Primaflor-Mondraker-Rotor) attacked from the beginning, causing no compact group to be generated. His teammate, Githa Michiels, tried to follow it without success, in the first laps. The Estonian Loiv (Hawaii Express), in no-man’s land, had a third place insured.
But the lap pass had an effect on McConnell, who lost all the winning margin against Michiels, causing his arrival to be disputed on the sprint. There, more intelligent, the Australian champion made the final attack to take the race.

There is no better way to resume the Super Cup Massi, than with vibrant races on a circuit that did not disappoint.

THE RITIME DOES NOT TILL
In less than a week the Super Cup Massi of Barcelona will be held, again, an ITC C1 that will feature the current number 4 in the world, David Valero (MMR Factory Racing Team); Team Massi complete with Drechou, Griot, Rosa, Lecomte and Vandermouten; Sam Gaze (Specialized Racing); Victor Koretzky (KMC-EKOI-ORBEA); Sintsov, Rebecca and Daniel McConnell and Githa Michiels (Primaflor-Mondraker-Rotor) and many more stars.

On May 4, he promises great emotions with the races that will be run on Montjuïc Mountain. 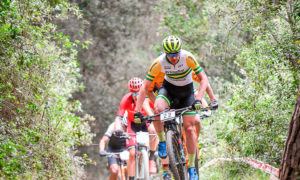 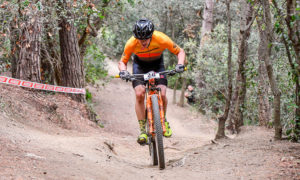 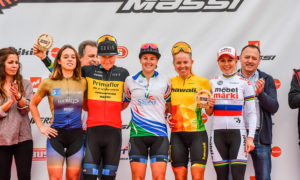 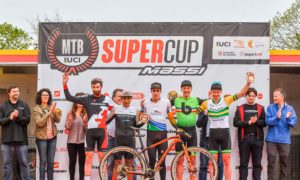